Improving My Level of Education 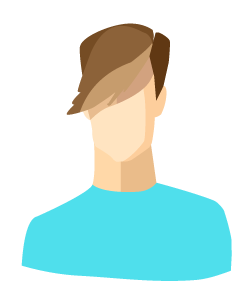 I have never been someone who loves the idea of going back to school, but about a year ago I realized that my career had really hit a dead point. It seemed like no matter what I did, I just couldn't get ahead in the workplace. I knew that I needed to do something to improve my ability to market myself, so I decided to start looking into different local colleges. It was difficult to get started, but after I enrolled, I was really pleased with the outcome. Check out this blog for more information on improving your level of education and becoming more.

After so many years of the internet being the main …

Is your teen reaching the age when they should lea …

Have you served time in the military? Now that you …

When it comes to your child's education, you have …

After so many years of the internet being the main form of communication around the world, using it has become part of our everyday lives, to the point that you might not even think about it. It's important to learn how the internet as we know it came to be. This article will give you a summary of internet commercialization history.

The dial-up modem was the first access point for consumers to get on the web. Early versions of the internet required the user to know certain numeric codes or commands to receive and transmit data. People were able to communicate online in a more basic version, compared to the ease people get online today.

In 1979, Compuserve began offering e-mail services. By the time the early '90s, rolled around, America Online (AOL) became the biggest and most prominent company to offer access to the internet for e-mail, web browsing, chat rooms, instant messaging, and games. During this era, several Internet Service Providers (ISP) emerged offering their take on internet access. They would often send discs in the mail for installation, along with free hours of service.

People during this time had 28K to 56K internet, and internet service would cease if they received a phone call. If you wanted to circumvent this problem, you had to set up a feature that could hold or route calls, or purchase a second phone line. The move to user-friendly online service made the internet less of a foreign concept and made it accessible for everyday people looking to communicate, spend time, and find out information.

Once cable internet, Digital Subscriber Line (DSL), and other forms of high-speed internet came into play in the late '90s and 2000s, it also changed the way that people subscribed to their internet service plans. No longer did users have to "get on" the internet. Instead, high-speed internet is always on and isn't depending on a modem dialing a phone call. So ISPs stopped charging by the hour and focused on monthly packages that let people access the web to use it however they pleased. During this time, the internet became more wide open and available, so sticking to the world of specific internet access companies like AOL became less important.

Now, much of the commerce and attention of the internet has shifted to mobile devices. Cell phone providers now offer unlimited data plans for customers so that they can surf the web, video chat, spend time on social media, and go about every other aspect of their business and personal lives. Several other devices, from video game systems to kitchen appliances also access the web. People love wearables, like watches and glasses. Subscription plans are popular right now, with people paying a small amount each month for access to digital content and premium app features.

Knowing the history of the internet will show you how the way we communicate today came to be and can provide a glimpse of what is to come. These points are a great summary to start with.